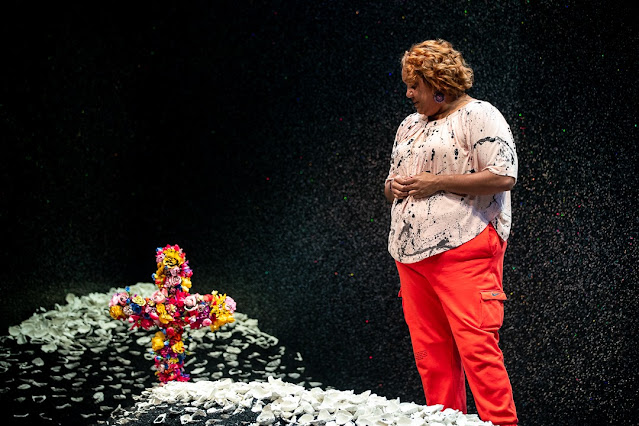 By Wesley Enoch and Deborah Mailman.

Directed by Shari Sebbens for the Sydney Theatre Company 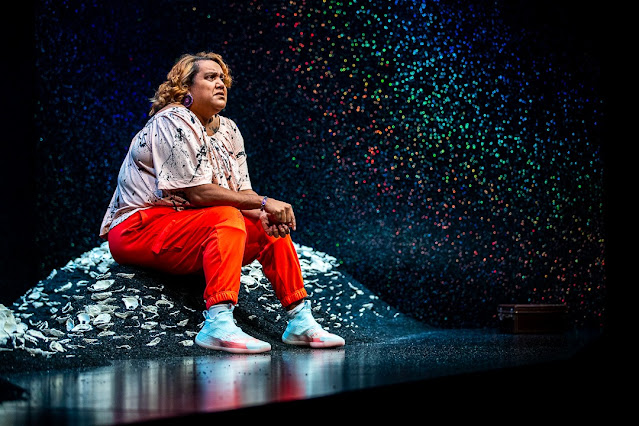 Tracing seven phases of Aboriginal history, Dreaming, Invasion, Genocide, Protection, Assimilation, Self Determination and Reconciliation through recollections recounted by an unnamed aboriginal “everywoman”, The 7 Stages of Grieving was first performed in Brisbane in 1996 by its co-writer Deborah Mailman.

Since then this one-person reverie has had a number of interpreters, Ursula Yovich, Lisa Flanagan and Chenoa Deemal among them. In this twenty fifth Anniversary revival Elaine Crombie, a Helpmann Award winning actress for her performance in Barbara and the Camp Dogs, picks up the baton. 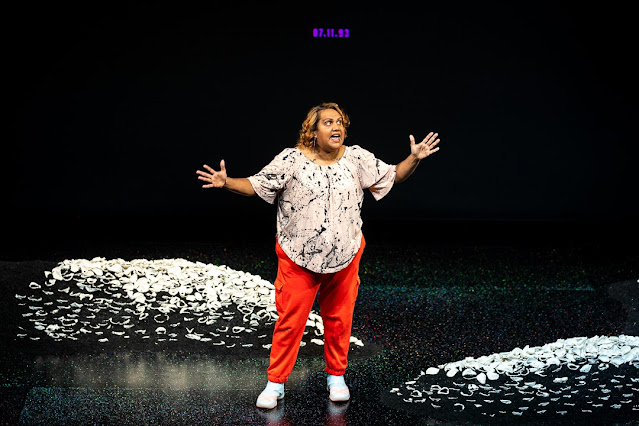 A striking stage-presence, Crombie draws on her considerable stand-up skills and musicality to mine for laughs not always apparent in the script, as she prowls Elizabeth Gadsen’s striking setting of eight shell and bone middens arranged across the stage. Behind these middens words, dates and images are projected onto a huge screen to confirm the stories she is telling.

For those revelations which leave no space for comedy, Crombie draws on her own life experiences to bring authenticity and power to her performance.

Whether sorting through a small suitcase for cherished photos of relatives who no longer exist, or bitterly scattering earth over the middens which represent their graves, Crombie holds her audience spell-bound, awaiting the next revelation.

An important play for the horrors and injustices it exposes, The 7 Stages of Grieving  also provides an absorbing and disturbing theatrical experience, and Crombie’s performance in it is memorable.

However since the play was written, while some things can never be changed, much progress has been made to address those things that can.

It’s a pity therefore that these advances are not acknowledged in the additional material which has been added by Crombie and her director, apparently with the agreement of the original writers. 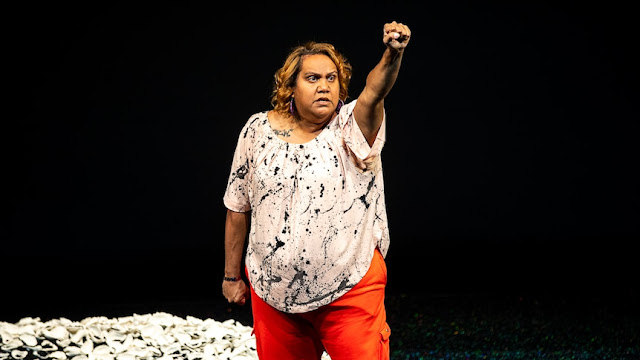 The play now ends with the actor stepping out of character to become political activist and harangue the audience directly to demand that it campaign for list of actions, projected on to the screen behind her, which include – raising the age of criminal responsibility to 14 years old – campaign to ban the use of spit hoods in Australian prisons – and donate funds to Sisters Inside and Black Rainbow.

While there was no doubting the sincerity of the intention, and her performance was enthusiastically applauded by many, there were others in the audience for whom these strident exhortations struck a sour note and who left the performance feeling alienated. 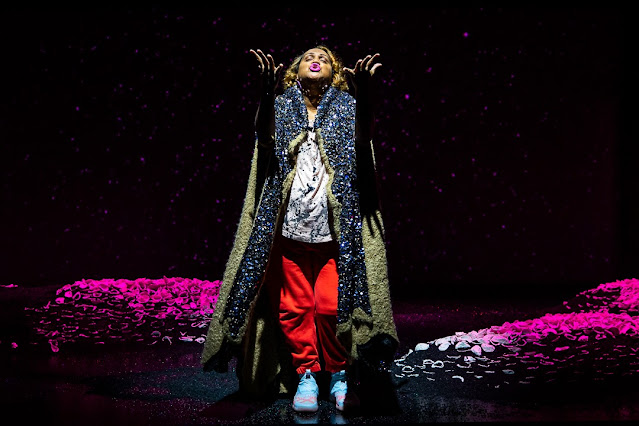