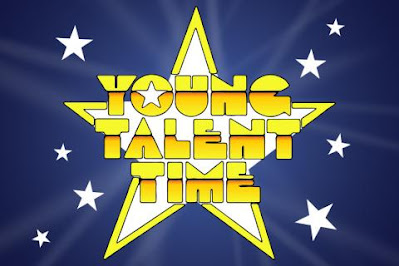 Where have all the Young Talent Time kids gone, long time passing?  Don’t worry. They’re here. A packed Festival Theatre audience turned out to turn back time and celebrate fifty years since they sat glued to Johnny Young’s Young Talent Team right there on their TV screen. On the large screen at the back of the stage the clapper board read Episode 1. 23-4-71. And onto the stage strode a grey-haired jovial host. Fifty years on, Johnny Young still smiles with that twinkle in the eye and the youthful appeal of everyone’s favourite grandfather. One by one he introduces some of the former members of his show that for twelve years entertained and inspired a devoted following. Each alumni entered the stage to the rapturous applause of the excited audience - Steven Zammit, Jane Scali, Joey Dee, Karen Knowles, Beven Addinsall, Philip Gould, Lorena Novoa and Nicole Cooper.

So, how do the youngsters of yesteryear stand up fifty years on? Fabulously! Steven Zammit’s Sway With Me set the mood for a relaxed and easy evening of familiar song. Tonight was a night of happy reminiscence when the occasional technical glitch, breathy vocal or awkward key could be forgiven and quickly forgotten. These stars of years ago are top troupers still and with the backing of musical director and former talent Greg Mills and his big sound Young Talent Time band they delivered a high octane programme of foot tapping, hand clapping and arm swaying numbers from their popular repertoire. Old songs and new kept the audience enthralled. Too many to single out, some deserve mention, notably Karen Knowles’s rendition of Wiradjiri songwriter, Min Mia’s Nungeena Tya (Mother Earth) and Judith Durham’s I am Australian. An image of the young Beven Addinsall  on the screen appeared in a duet with the older Addinsall on stage, singing How Great Thou Art. Nicole Cooper and Lorena Novoa performed a fun medley of popular Abba songs. Jane Scali and Philip Gould revived their Young Talent Time performance of We’re A Couple of Swells, the Judy Gareland and Fred Astaire classic from Easter Parade. Knowles and Zammit joined their young selves on screen with a duet of Sondheim’s Send in the Clowns and Addinsall, Zammit and Dee performed their version of Mack The Knife, Style and elegance sway in Jane Scali’s smooth rendition and choreography of John Miles’s Music Lyrics. It is a song for the company when she sings Music is my Life.

A special surprise is Johnny Young’s bracket with Greg Mills teasing out Young’s songwriting career with The Boxer for Lionel Rose and The Real Thing for Ronnie Burns. The host with the most still has a voice that can sell a song and raise a cheer before a full company closes the first act with a wholesomeWe Are Family. Technical Director hypes the audience with a merchandise pitch before the interval and  a rehearsal of audience participation to open the second half with “”And Now Here’s Johnny Young.” It’s the full TV studio cry.

The full company numbers grab the gusto of the night and bring the audience to an ovation of adulation as the past coalesces with the present. Addinsall at the piano plays the opening bars of Simon and Garfunkel’s Bridge Over Troubled Water as the company enters for a gentle arrangement before a grand finale with a hip shaking outburst of Bill Haley and the Comet’s’ Rock Around The Clock. It just goes to show that the old favourites, sung by artists who have matured but never lost their touch can still shake, rattle and roll the audience. The trip down memory lane is a loving and forgiving friend and for a night of celebration, nostalgia and fun that some might wish would never end audiences could believe that youth is perennial and talent eternal. Young Talent Time 50th. AnniversarySpecial was the reunion we had to have.